Folks frequently say that the collection of new terms for DCC confuses them. They read a manual and may not follow what it says, as it speaks DCC-English, not English.

eMail me with suggestions for terms that I may have left out.

Well, here are some simplified definitions for common terms. Click on the term to see the explaination.

Slang for printed circuit board (PC or PCB). This can be the raw board or the finished product stuffed with chips and other components, ready to make up boosters, command stations, decoders, etc. 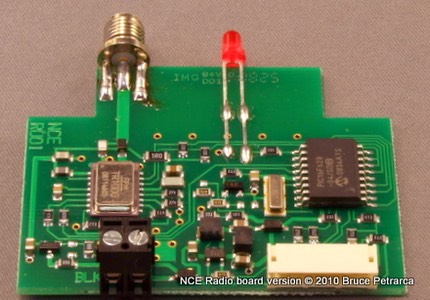 That portion of a DCC system that takes the NMRA standard data packets from the command station and, using power from a power supply, brings them up to the NMRA standards for data & power on the track. Unlike "C. B." boosters, they have nothing to do with the distance a signal can travel. 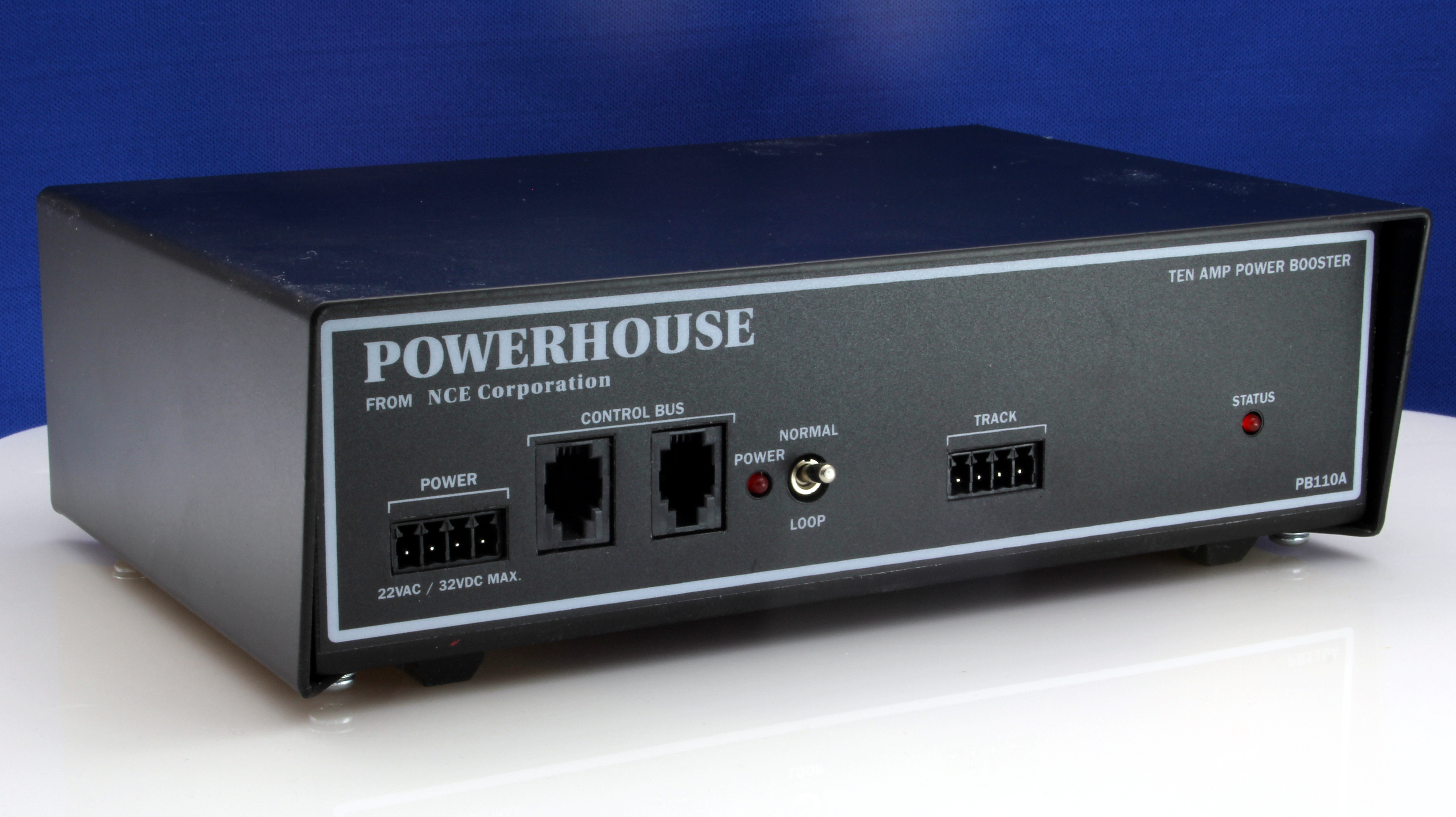 It is a spelling issue:

“Bus” is a term used in the computer world to refer to things that carry data, like the bus wiring from the DCC booster to the track. Or the cab bus wiring that connects the cabs to the DCC system. 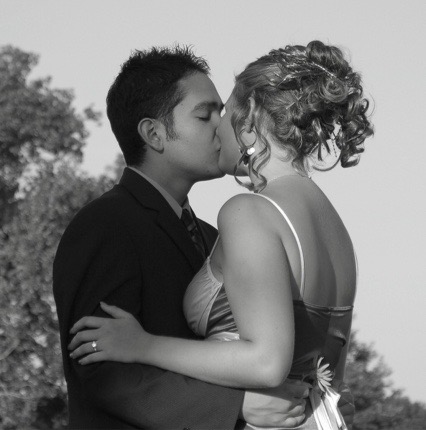 A buzzer is a tool that I use when wiring track.

It has lots of uses in checking out wiring and testing LEDs. 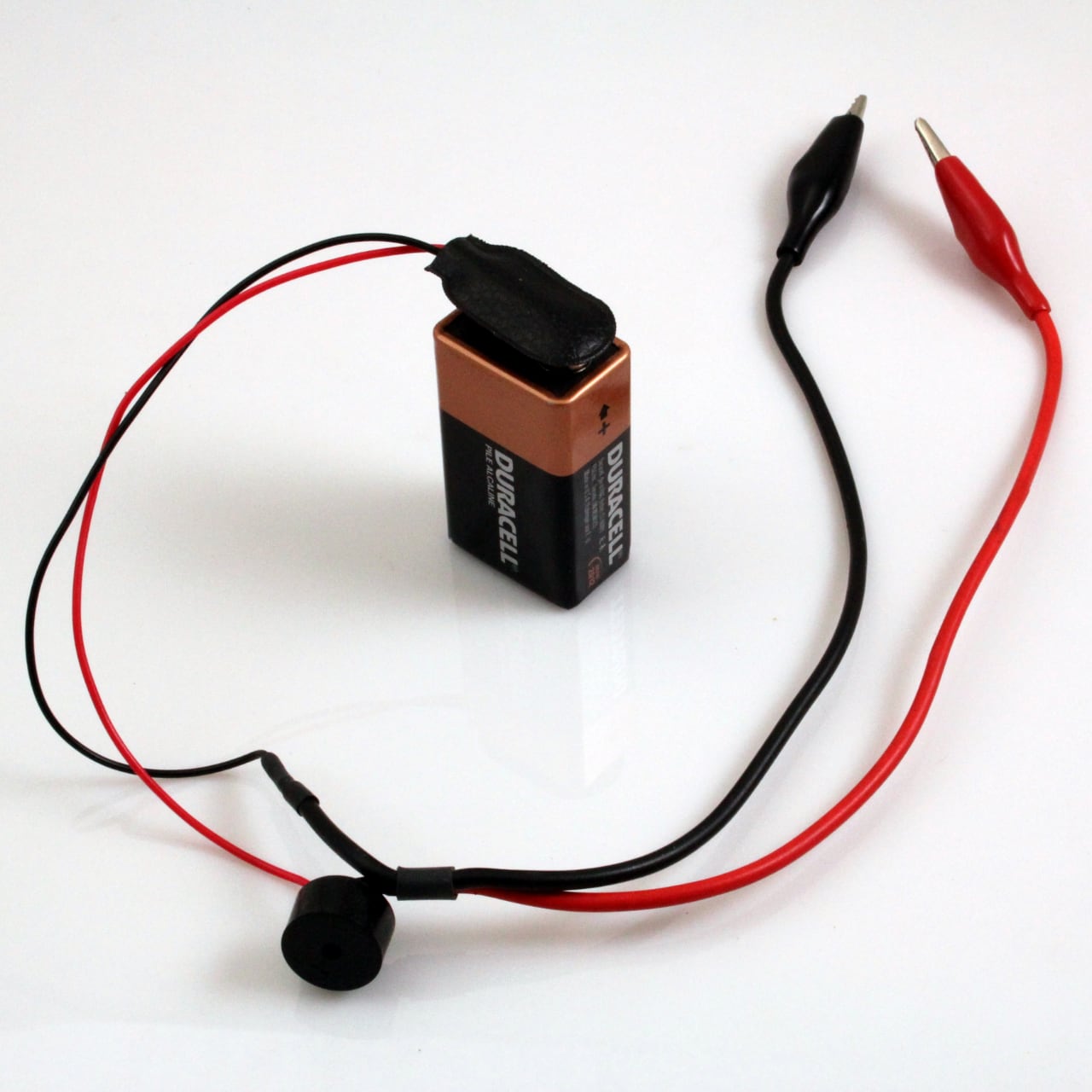 To build a buzzer, you will need a 9 volt battery and a buzzer designed for 9 VDC (All Electronics has them). Wire them per the schematic below and the photo above. 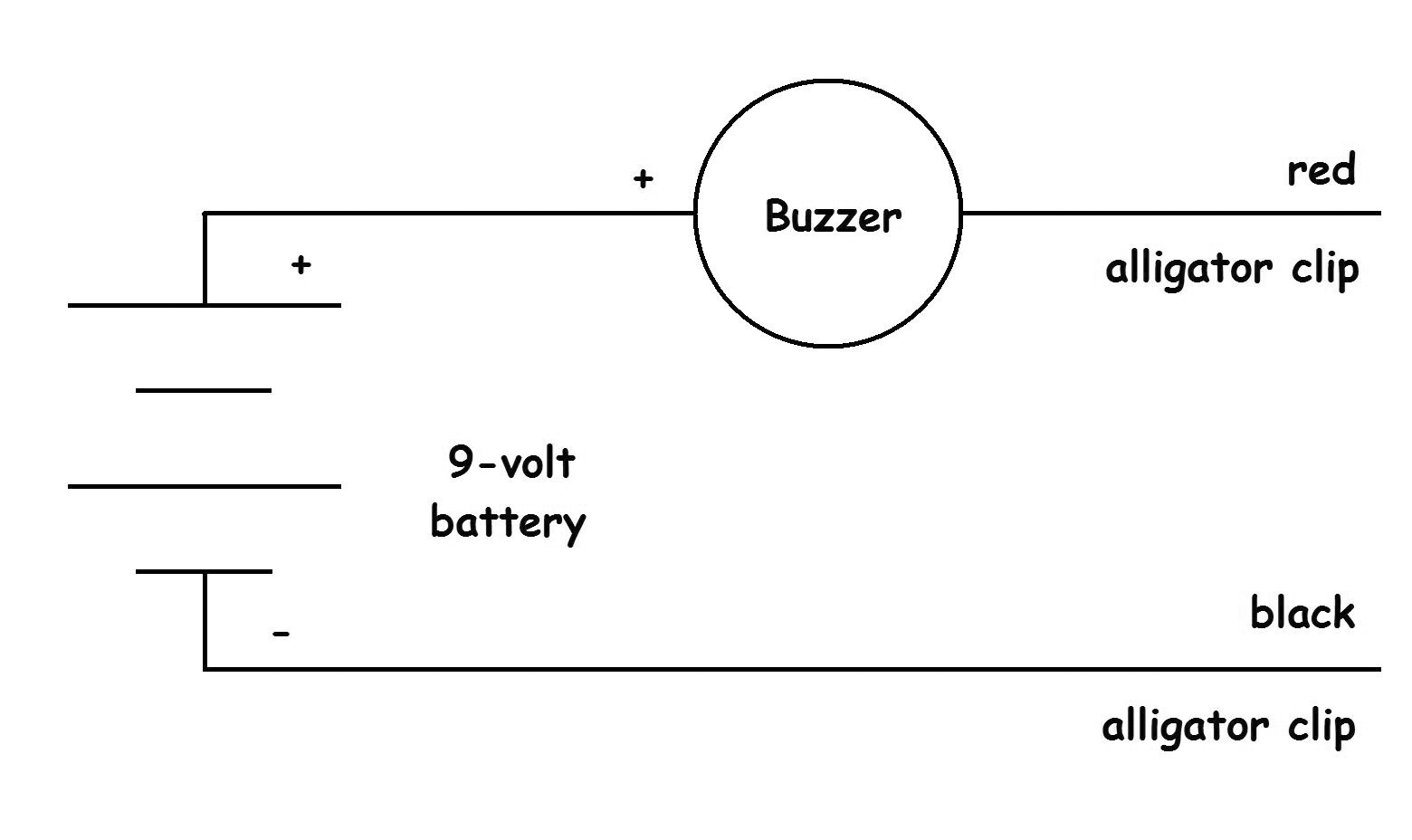 To use it, disconnect all DCC (and DC) components from the track bus, like boosters, circuit breakers, etc. Then connected between the two bus wires. It will buzz the instant you start to wire a short into the layout. The most frequent sources of shorts are “Electro-Frog” switches where the points aren’t insulated and getting confused wiring the track and crossing your wires.Remove the buzzer when you reconnect the DCC.

This is my preferred term for the item used to control trains on a DCC system. Throttle is a common term that I don't prefer. Here's why: In the cab of a locomotive there are controls for lights, horn, bell, direction, and speed. The throttle is just one of these controls. A DCC cab encompasses the larger group of items. 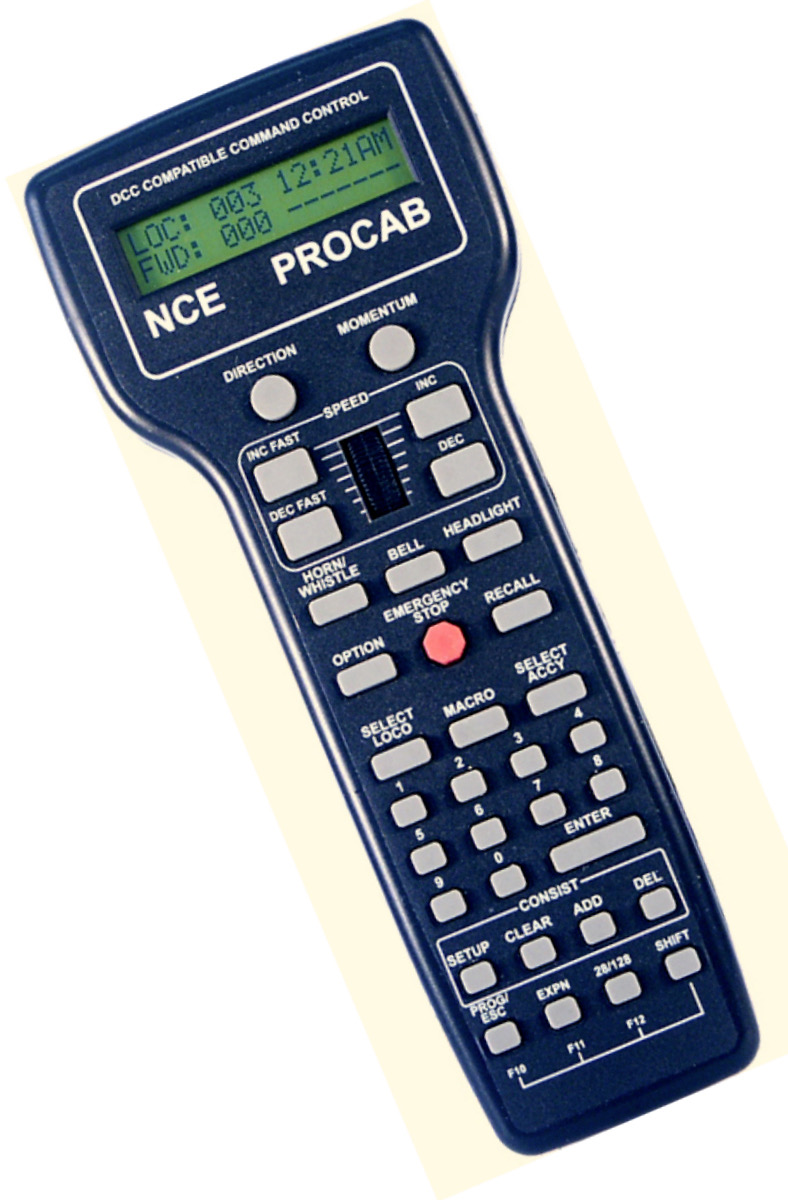 Slang for an electronic device formally called an integrated circuit (IC). Chips contain lots of transistors and other components. Chips are some of the components that go on boards to make up boosters, command stations, decoders, etc.

In my jargon, “Chipping a loco” means breaking something off it, not installing a decoder into it.

That portion of the DCC system that takes input from the cab and converts it to NMRA standard data packets ready to be sent to the track. May be a separate box, or a function built into another box, such as a booster / command station (system box) or a cab (as the NCE PowerCab). Abbreviation for the DCC term: Configuration Variable. CVs are the locations (identified by numbers) where the personality of your decoder is stored. For more information, CLICK HERE.

The board that is mounted in a locomotive or other rolling stock (mobile decoder) on on the layout (stationary decoder). Decoders take the data from the track and turn it into electrical current to operate motors, lights, etc. They may or may not create matching sounds. 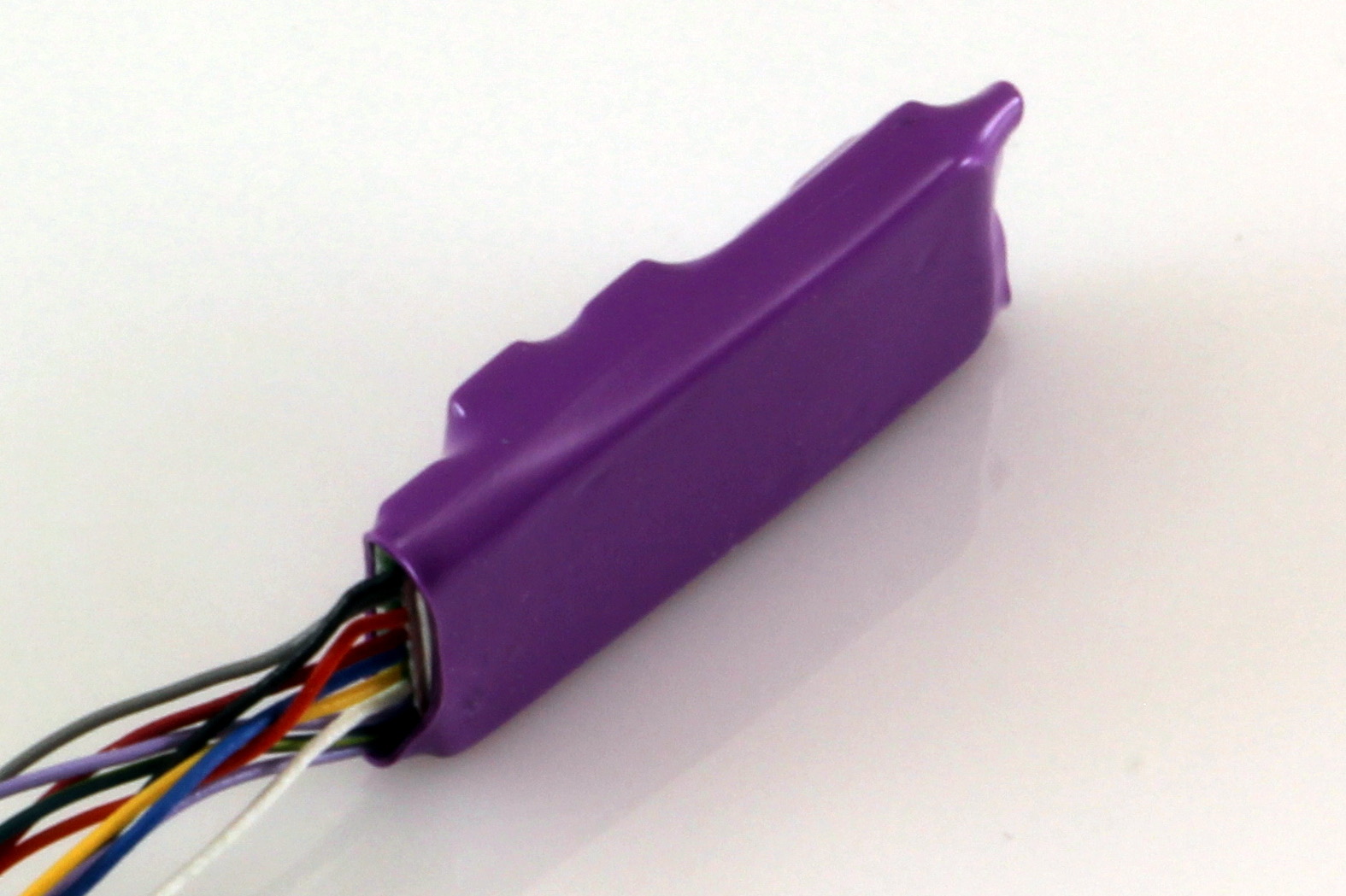 A generic term for that element of the DCC system that takes power from the (alternating current - AC) mains and translates it into power that can be utilized by the DCC System. These may fall into two categories based on the type of power delivered: AC or Direct Current - DC.

Power Supplies that deliver AC are correctly called transformers. Inside the case, they may have a switch and indicator light plus the transformer and some protective devices, such as thermal switches and circuit breakers.

Power Supplies that deliver DC are correctly called power supplies. They will probably have a higher voltage rating for the same system than the equivalent A. C. transformer. Digitrax PS-2012 shown in the photo above. 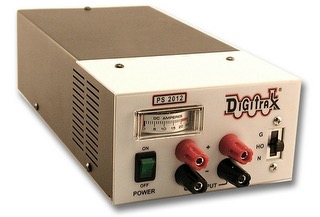 In recent years, small DC switching power supplies are suplanting the AC transformers. They are light to ship and can work off almost any power main power anywhere in the world, with the proper line cord. They also present a more constant load to the power lines, as mandated by increasing laws in the world. Computer DC switching power supply shown. 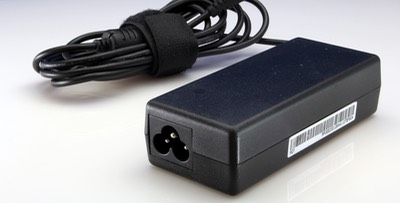 A box that contains both a command station and a booster. 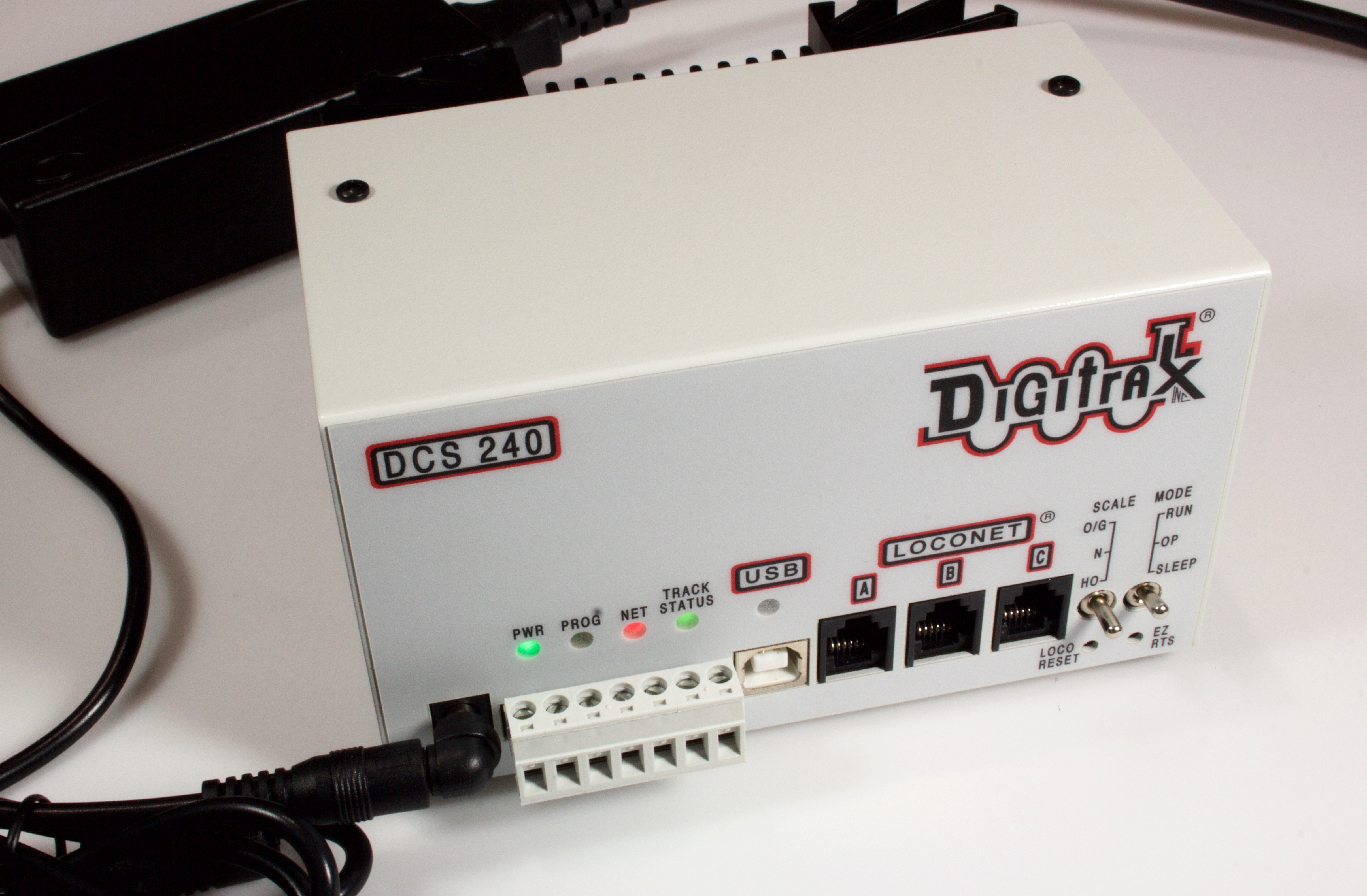